Ali Bahmani is an origami artist/instructor based in Tehran who grew up as a child in Japan. He has a Bachelor degree in Mathematics and got his Master degree in Museum Studies. He has designed and published his diagrams internationally in origami publications from USA, UK, Germany, Australia, Italy and many more. He is also a passionate origami diagrammer and has collaborated and worked with Origami Artists including David Mitchell, Francesco Mancini, Alexander Kurth, and Kiumars Sharif to diagram their models

Ali likes simplicity and appreciates simple and elegant origami models, especially geometrical ones.  Most of his designs have geometric structure with certain design and aesthetic qualities in the final result.

Ali is host of Origami Talk Project (www.origamitalk.org), a weekly live chat with origami artists where they share about their personal journey, artworks, creative process, quarantime and much more!

Teaching is one of Ali’s favorite activities. He has held several origami workshops in Iranian schools and at universities and Japan for different ages and backgrounds.

In 2016 Ali Co-founded a voluntary group called Omid-Origami and traveled to Tohoku, Japan to hold a series of origami workshops and teach origami to childrens who were struck by tsunami  as a caring for children program

Beside his origami activities, Ali is now working as the Head of UX Design in Cafebazaar.You can Also find Ali at his Instagram (@alibhmni) where he posts about his origami journey and passions.

Patterns and Shadows started 5 years ago as a personal project to explore the realm of geometric origami patterns with improvising on gridded paper. In less than 2 years more than 100 motifs were drafted. I selected the ones which were simple yet beautiful and elegant enough and developed them. My goal was to enjoy the serendipity and the joy of discovering simple yet elegant patterns as well as showing this beauty of the combination of subtle folds and shadows on the surface of the origami to the audience.

Each design is composed of simple components and folds where I used only a single paper and handfolded the pieces.

Beside folds and the paper, light and shadows play a key and magical role in these series. To a point that if you change the lighting direction for each pattern you would see different beautiful patterns.

His latest series of origami designs, named “Patterns and Shadows”, incorporates lights and shadows into geometrical models to produce beautiful and pleasing artworks.. 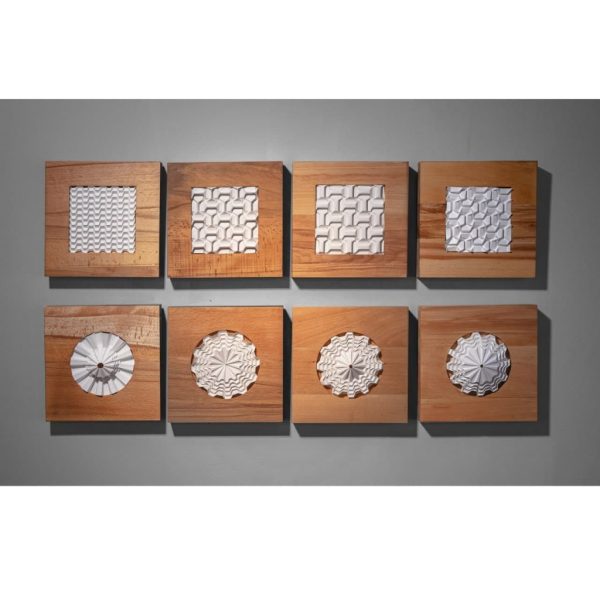