Patternitecture invites designers from various fields of art and architecture to send their proposals entitled “implementation of pattern in contemporary built environments of Iran”.

Passing through historical periods, the traditional concept of ornament has lost its connection with contemporary culture. Affected by modern era approaches, ornaments have been transformed or marginalized. However, today it seems that we are in a recursion phase for ornaments. They are not a “crime” any more [Adolf Loos], but they have gained a new meaning and configuration within structure, function and systems. A new aspect of ornaments, named pattern is standing out in art and architecture literature and it seems a new opportunity is growing to re-read implementations of the patterns in art and architecture. PATTERNITECTURE is looking to represent concerns of contemporary designers about the presence of patterns in our built environment.

Transformations of ornaments include vast geography. Nevertheless, in some regions, these effects are more manifested and in other regions, we can observe less strong effects caused by modern approaches. Iran’s art as a land with a substantial connection with ornaments nowadays is facing a cultural and intellectual gap in this subject. Implementation of traditional ornaments in contemporary environments is fading and they have lost their audiences. PATTERNITECTURE is looking for an answer to this question “what are contemporary patterns in Iran’s art and architecture”. Or “How would old patterns look like under a contemporary perspective?” Due to this the ones who are interested are invited to present their proposals within two categories:

Received proposals will be investigated by the jury members and the selected ones will be invited to prepare their works for the exhibition.

Iran’s art and architecture for a long period of time in history had an avant-garde and developed an approach in the implementation of ornaments. It goes as far that it is recognized by people with its historical patterns and motifs. Sometimes these patterns had a formal look, like geometrical ornaments and repetitive motifs covering the surface (girih-chini, fabric printing, etc.). Sometimes they had a structural appearance, like modular or repetitive units building an integrated compound (Karbandi, Muqarnas, carpets, brick tiling, partitions and etc.). Or a behavioural representation, as the rules configuring a set (like patterns of spatial configuration in the urban design, or a house, or as it is called pattern language by Christopher Alexander). 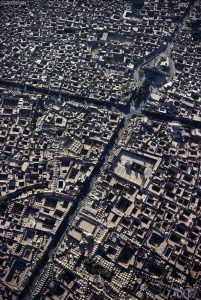 | Two scales of the presence of the pattern in historical art and architecture of Iran. RIGHT: Geometrical patterns of Sheikh Lotfollah mosque in Isfahan, Left: urban pattern of Yazd city

Patterns and motifs in their historical and geographical journey have passed through various eras. In the history of art and architecture before modernism, ornaments had been a substantial phenomenon in the design which had to convey concepts and messages from the designer and client to the public. But with moving toward modern era and being influenced by it, systematic thinking and its ideology found an important position in the design process and the concept of the “design process” became the main virtue of the design activity. It continues to forasmuch everything without a systemic definition considered as a lack of originality and lost the attention.

But in the continuous efforts of post-modernism to re-implement icons and meanings, designers began to look for procedural definitions for ornaments to bring them back into the field. As a result, a new approach to ornaments is stated which is closer to our contemporary definition of patterns. A definition which portrays the logic of assembly or surface treatment through repetition. This approach was accompanied by scientific and technologic developments of the modern era and made it possible for designers to explore a wider range of patterns. 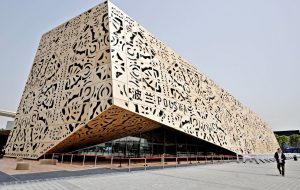 With technological developments and establishing a direct connection between designers and digital fabrication machines like CNC, a mutual interaction has been formed between the designers and their tools which strengthen the integrated order of pattern design and fabrication. Consequently, it attracts the attention of the designers to this realm and helps the ornaments to be accredited again. Therefore, structure, body and ornament unite, and as Greg Lynn has mentioned in an interview with Neil Leach, this question comes up whether ornaments can resonate structure, or inversely, the structure is able to role as an ornament. 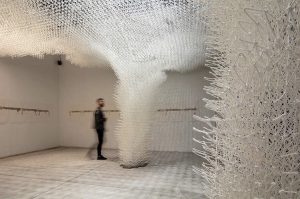 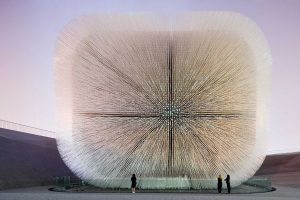 On the other hand, architecture always needs a mechanism to connect itself to the culture by that. Due to this, it has to employ all the substances which are available from the society, which ornament is one of them. Antoine Picon in his book [ornament, the politics of architecture and subjectivity] wisely quotes that we still carry our modernist pride with ourselves and this is why we underestimate the function of the ornament, rather than structure and energy behaviour of the buildings. Furthermore, as Farshid Mousavi in her book [the function of ornament] implies, today, buildings are not only the functions, but a representation which should be able to be related to its context. 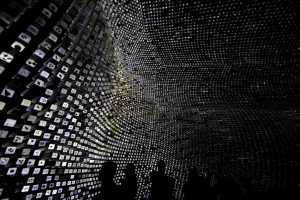 If in modern era transparency in all the aspects was a virtue and glass facades where a vitrine of stories and functions inside, in the contemporary era, buildings were exempted of showing interiors in a modernist way and instead of that, they are looking for a conversation with urban context. Or for instance, the regulating environmental conditions and the necessity of covering the glass facades with an additive layer, has brought up usage of a second ornamental-functional layer. Here is the place which our contemporary challenge has happened: Obviously, today it is hard to have a collective agreement on the same icons and symbols in multi-cultural and metropolitan societies. 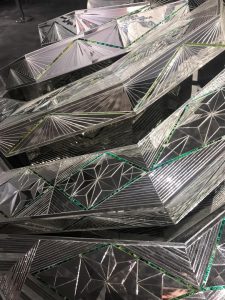 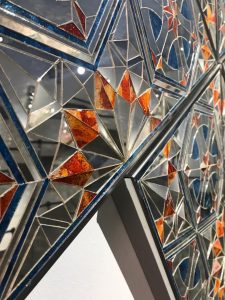 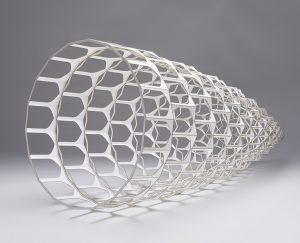 As mentioned at the beginning, art and architecture of Iran have been one of the origins of design and fabrication of geometrical ornaments. But simultaneous with the modern era and changing the traditional meaning of the ornaments, a new generation of them configured. As Jeac Sulilo mentions in his book [le livre de l’ornement et de la guerre] ornaments does not die, but transform in their historical transition and accept new definitions and forms. It seems today, regeneration of ornaments is happening through the concept of pattern. This is why we can open up this question that “what is the place of historical patterns in contemporary art and architecture?”, “how the pattern aspect of historical ornaments can contribute to the presence of them in the contemporary era”. “Which aspects of pattern and the meanings and functions of ornaments are more considered by contemporary designers and audiences”.

PATTERNITECTURE invites all the ones who are interested, from all the art and architecture fields, to explore answers for the event #2 and deliver their proposals for pattern design in contemporary environments and consequently take part in a discussion on this topic.

Artists are free to choose their medium. Acceptable dimensions would be a minimum of 30*30*30 and maximum of 150*150*150 for volume works and a minimum 30*30 and maximum of 200*200 for 2d ones. The artworks which need to be out of these limits should discuss it with organizers firstly. Performances and installations are welcomed.

Each artwork should come with a statement as a text with a maximum of 500 word and a 50*70cm poster for the ideas and fabrication strategies. Also delivering a video of design process and fabrication is encouraged.

-OPTIONAL: Presentation of other related experiences