Sima Shahmoradi, 1973, born and raised in Isfahan and obtained a BA in painting from the Art University of Isfahan (Also known as Pardis University).  Then she moved to Tehran to continue her study and obtained an MA in painting from the Art University of Tehran. She held a number of solo and group exhibitions in Tehran along with some experience of book illustration and won 2011 “Golden Pen” of 46th Belgrade Biennial of Illustrations, for Illustrating “The Legend of Golden Bergamot”, also selected for the Catalogue and Exhibition of the Laura Orvieto International Illustration Competition, Bologna, Italy, 2010.

The artist interprets the world-object around and the soul-subject within, converts both the outward and the inward according to his attitudes and tries to reflect the result in the art work, now going to be created. Cutting the mentally and culturally familiar images and pasting them in a novel geometrical pattern, as if they infinitely reverberate the inevitable self-becoming of the world and the passing of time … 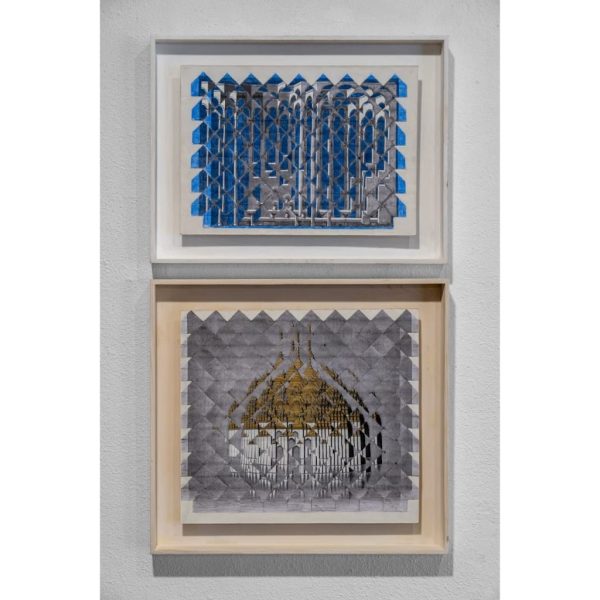