Akbar Mikhak is a contemporary painter, born in 1947 in Isfahan. He completed his education in art and stage design at the Accademia di Belle Arti di Roma. In 1982, he established a gallery (Galleria Altri Temi) in Rome and continued working there until 1993. Mikhak founded Isfahan art gallery after returning to Iran in 1995 and started teaching at Art University of Isfahan. He first learned calligraphy in his youth on his own. However, he does not limit himself to calligraphy techniques and believes that when writing freely make your artwork similar to a painting. To him, alphabetical letters are something beyond the meaning they convey; they are some shapes, the interactions between which produce the whole picture. 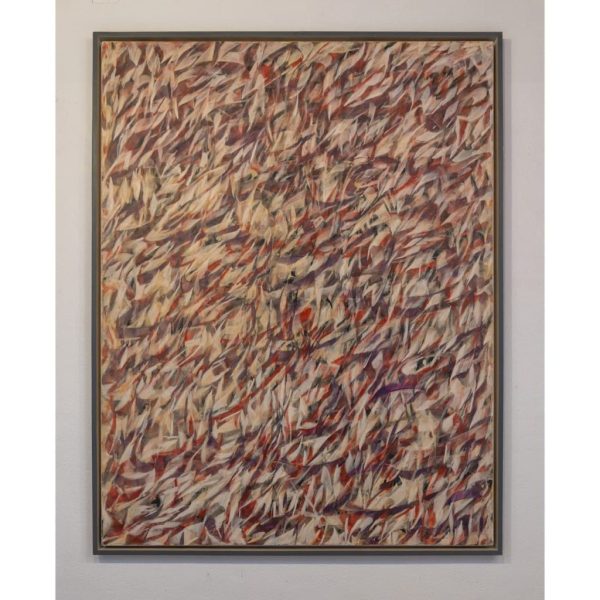